Curare la terra/Caring for the land - FBSR Skip to content

Curare la terra. Luoghi, pratiche, esperienze/Caring for the land. Places, practices, experiences has now become a book thanks to thirteen articles that grew out of a collective effort that took place within the Fondazione Benetton Studi Ricerche in the context of the tenth edition of the “International Landscape Study Days” (Treviso, 20th-21st February 2014). Beginning with a series of historical and philosophical reflections, the book examines recent concepts and practices expressing a necessary new cultural condition as well as a diffused sense of responsibility that emerged in an approach to the land based upon a substantial adhesion to an evolving world that we recognize as landscape. The book observes the European panorama, its history and the current crisis as well as providing windows on different worlds where actions generated by different cultural orientations and other economic and social conditions can help us to understand the meaning of caring for a place. It focuses on the importance of the mental dedication, of the necessary practices and on the role of the trades and crafts revealing the extent and significance of the transformation of the spaces belonging to our daily lives. This is obviously an open topic, a far from exhaustive investigation that intends to observe, reflect and raise further questions going beyond the idea of “project” based on the mere use and control of forms extraneous to the real processes of change and to the aspirations of people. The aim is to foster a different approach to safeguarding and preservation, and to reflect on the value of the many actions emerging from the inevitable interaction between culture and nature and that we now read as “caring for the land” together with anyone questioning the meaning of landscape in contemporary society.

Anna Lambertini, Il dono come paradigma del progetto per i paesaggi ordinari, 97/The gift as a paradigm of the ordinary landscapes project, 108

Patrizia Boschiero has a background in the humanities and music; after graduating in the arts from Ca’ Foscari University of Venice in 1990, she took a specialist course in editing and editorial coordination at the Piamarta School of Publishing, Milan (1991). She joined the Fondazione Benetton Studi Ricerche in 1992 after gaining valuable experience in broadcasting and publishing as well as in the teaching sector (Italian, Latin, history and philosophy). Since 1993, she has been responsible for coordinating the Foundation’s many publishing activities which include the series and magazines “Memorie,” “Ludica,” “Studi veneti” as well as other publications linked to the documentation centre and exhibition activities. She is the joint editor-in-chief of the monographic dossiers dedicated to the places winning the International Carlo Scarpa Prize for Gardens – working together with Domenico Luciani from 1994 to 2014, and with Luigi Latini from 2015 onwards, as well as with the various experts involved from time to time. Since 2008 she has been an internal member of the Foundation’s Scientific Committee, dealing in particular with the coordination of the activities organized within the ambit of the Carlo Scarpa Prize. She has coordinated and organized many of the conferences and seminars linked to the Foundation’s various research areas.

Luigi Latini is a landscape architect and teaches Landscape Architecture in the Department of Architecture and Arts at the Iuav University in Venice. He has conducted research on landscape and gardens at Florence University, where he was awarded a PhD in Landscape Design in 2001; he has been associated with the Fondazione Benetton Studi Ricerche, Treviso, since 1998 and he is currently chairman of the Scientific Committee. As well as his research and university teaching he organizes and leads landscape design workshops and conferences, often of an international character. He has worked as a consultant both in the field of cultural events and in landscape planning and design, with appointments for public bodies and cultural institutions in Italy and elsewhere. In 2010 he became the founding member and president of the Associazione Pietro Porcinai, Fiesole. He is the author of numerous studies of gardens and landscape, and of articles published by Italian and foreign universities. He jointly edited Pietro Porcinai. Il progetto del paesaggio nel XX secolo (with Mariapia Cunico, Venice 2012) and Pietro Porcinai and the Landscape of Modern Italy (with Marc Treib, London 2016). For the “Memorie” series he has jointly edited Scandinavia. Luoghi, figure, gesti di una civiltà del paesaggio with Domenico Luciani (Treviso 1998).

Simonetta Zanon works for the Fondazione Benetton Studi Ricerche in Treviso as landscape project and research manager. She has also participated in the activities of the Foundation’s Scientific Committee since its establishment in 2008. She has participated in conferences and seminars both in Italy and abroad, and has given numerous lectures in Italian universities and institutions. Her most recent publications include the book entitled Luoghi di valore/ Outstanding Places (edited by, Fondazione Benetton Studi Ricerche, Treviso 2016), showcasing the results obtained over the past years by the research project of the same name. She is a regular member of the Italian Association of Landscape Architecture (AIAPP/IFLA) and since 2016 she has been coordinating editor for the landscaping journal Architettura del Paesaggio.

Curare la terra/Caring for the land

public presentation of the book 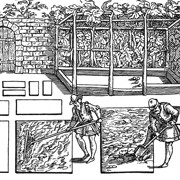