In 2014, the work of critical reappraisal and exchange of ideas in an international perspective promoted by our Landscape Study Days will continue to explore the 2013 theme of “the study and care of places”, this time starting from an examination of research and experiences centred on “cultivation”, in the sense of the combination of mental attitudes and practices capable of expressing the relationship between man and the places that are part of his being. It is not a question, therefore, of dealing only with the topics and many ongoing expressions of a “return to the land” we see in contemporary society; nor does it involve making simple incursions into the varied and lively panorama of initiatives launched “from below” – and not only – that are today’s expressions of the need for a different, tangible condition of adherence between man and the places he inhabits, and for a different kind of interaction with experts, powers and the representatives of institutional authority.

The aim of Study Days is rather to investigate the evidence, practices and experiences that today express a new, necessary mental condition and a pervasive sense of civil responsibility that finds expression in the care and “cultivation” of inhabited places, the exploration of a different attitude to planning and substantial support for an emerging world that we want to recognize as our landscape.

The background to the discussion will include an attentive examination of the European scene, of the extraordinary historical sedimentation of its experiences and of its current state of crisis; but it will also look further afield towards other worlds in which actions generated by different cultural orientations and economic and social conditions can help us to understand and share their sense of caring for places. In particular, the value of indispensable mental dedication, of the necessary practices and finally the role of arts and practical skills that enable us to recognize the extent and nature of the transformation that has affected a space that is part of our life. It is an open-ended subject, which looks far beyond the category of “project” in the sense of a manipulation of forms by an expertise that might be out of touch with the real processes of change, and far beyond the attitudes to conservation and the construction of strategic processes that have no effect on the crucible of awareness, social cohesion, imagination and wisdom which constitutes the life of a place and which, in the ceaseless interaction between culture and nature, debates the sense of landscape in contemporary society.

The Study Days are devised by the Scientific Committee of the Fondazione Benetton Studi Ricerche, they are coordinated by Luigi Latini (chairman) and Simonetta Zanon.

The members of the Scientific Committee are:

In Louis Guillaume le Roy, together with the Swiss landscape architect Eduard Neuenschwander, the work of the Foundation once again focuses on XX century figures whose visions of a process of interaction between nature and culture were early harbingers of a sensibility that has now gained widespread recognition as springing from an ecological approach.

Le Roy, the self-styled “king of the weeds”, is a unique figure on the European scene of landscape design and eludes the categories through which we now tend to identify and define the ecological dimension of a landscape, the nature of an inhabited place.

This Dutch pioneer in the field of actions to secure the active involvement of inhabitants made his “garden” at Mildam into a workshop that remains a living testimony to his ability to incorporate discarded materials into a process of regeneration of place that is indivisible from human experience.

programme of the days 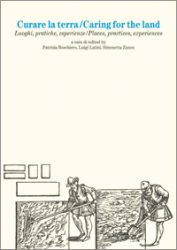 Curare la terra/Caring for the land

video of the Study Days