The activities of Fondazione Benetton began in 1987, when Luciano Benetton surrounded himself with a group of intellectuals with the intent of setting up a cultural institution.

Since its beginning, the Foundation was entrusted to architect Domenico Luciani, together with architect Tobia Scarpa and historian Gaetano Cozzi. They created an institution with scientific goals, focusing especially on studying and researching the local area and landscape: its history, geography, natural and cultural heritage, and the behaviour of the people who inhabited it over the centuries. A working group was formed in the headquarters of Piazza Crispi in Treviso, which grew over the years along with an extensive documentation centre, comprising a library, an archive, a map library, and an organised deposit available for consultation with various materials, such as books, magazines and cartographies.

In 2003, the new prestigious premises in Via Cornarotta were opened, located in Palazzo Bomben and Palazzo Caotorta, as part of a complex and prominent restoration project directed by Tobia Scarpa, who renovated two buildings that had been heavily damaged by bombings during World War II. The open spaces, connected to the city also by a footway over the La Roggia stream, have become a city garden open to the public, designed and built by Domenico Luciani in collaboration with Ippolito Pizzetti and Luigi Latini.

More than 30 years after its founding, the Foundation’s working group has expanded, chaired by Luciano Benetton and directed by Marco Tamaro (1959–2020). It now operates with the systematic support of scientific committees composed of internationally renowned scholars and experts.

The Foundation is divided into three different areas, each with its own distinct character, established and updated over the years with the aim to maintain the innovative features that have characterised it since its origin.

The landscape study centre, founded well before the adoption of the European Landscape Convention (in the year 2000), carries out a wide range of study and research activities, such as organising conferences, seminars, study trips, experimental labs on life and the shape of places, as well as editing several publications to promote their knowledge, preservation and enhancement. The project that best characterises this field of work is the International Carlo Scarpa Prize for Gardens, organised annually since its first edition in 1990.

The sector dedicated to analysing the history and civilisation of games is the result of extensive studies on the history of the Veneto region, which, in the 1980s, led to the creation of the Foundation. The main success of such work is represented by “Ludica”, an internationally-acknowledged standard-setting magazine, and the book series of the same name that collects contributions by specialists. In memory of Professor Gaetano Cozzi, who created this field of research, scholarships are granted every year to the best graduate and PhD thesis on the theme of “play and games, through the ages, up to contemporary sports.” Starting from 2016, original contributions intended for publication in “Ludica” are supported with the same resources.

The latest field of activity, called “cultural heritage”, gathers and arranges everything that has been developed over the years, such as special projects, attention to schools, and the promotion of cultural and popularisation initiatives. The public spaces of the Foundation have therefore become a means of communicating with the local community, they allow exhibitions to be held in the halls of the main floor of Palazzo Bomben, which are also made available to host selected initiatives organised by other public and private entities. 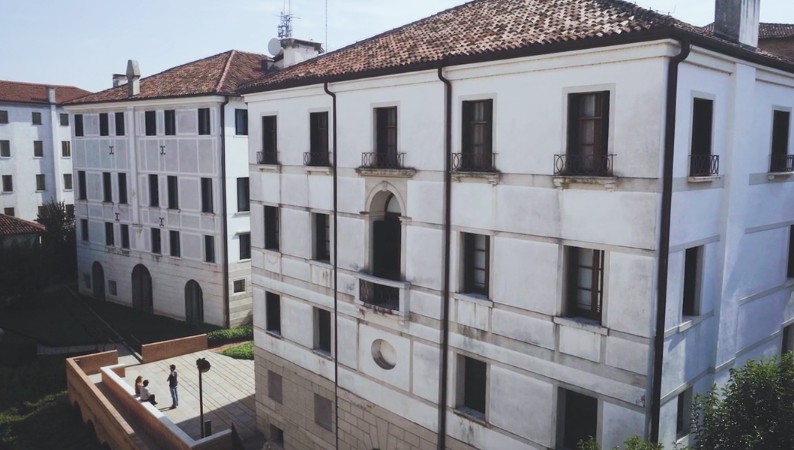 Presentation video of the Foundation,

his projects and activities.

Two Thousand and Seventeen: a year that is worth thirty

The foundation is thirty years old

campaign of studies and care for a site which is particularly rich in natural, historical and creative values, instituted, and organized every year since 1990

The “Landscape Study Days”, promoted and organised by the Foundation every year since 2004, are intended to provide people working in different positions and with diverse duties in the field of landscape, with an opportunity of critical update and exchange of ideas. 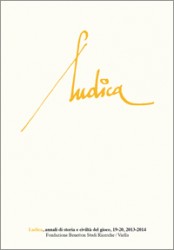 Ludica. Annals of the history and culture of games