Gambling and everyday life today, from games to ludopathy - FBSR Skip to content

This highly topical subject will be the focus of a public lecture to be delivered by Marco Dotti, who teaches “the professions of publishing” at the University of Pavia and is the author of numerous publications dedicated to ludopathy, including No slot. Anatomia dell’azzardo di massa (No slot. An anatomy of mass gambling). The lecture features on the programme of events organized by the Foundation on the occasion of the ceremony to mark the inaugural award of the Gaetano Cozzi Prize for studies on history of games (2016) to two young scholars – Patrizia Giamminuti and Andreas Hermann Fischer – whose unpublished studies, dedicated respectively to Il Gioco dell’Oca: una proposta iconografica (Snakes and ladders: an iconographic proposal) and A Remedy for the Weary Mind. Intellectuals and Play in the Middle Ages, were chosen from amongst 43 submissions.

In 2016 this new award took the place of the dozens of Scholarships which the Foundation awarded to newly graduated scholars between 1988 and 2015 in the context of its advancement of the history of games.
The awards in this inaugural year include a Special Mention for the work of Mark Kaethler, Jean Barbier and Thomas Middleton Rewrite the Rules of Chess.

The studies by Giamminuti, Fischer and Kaethler will be published in Volume 23 of the journal «Ludica. Annali di storia e civiltà del gioco», which is currently being prepared for publication.

Marco Dotti’s lecture will be followed by an open conversation between the three award winners, Marco Dotti, historians Alessandra Rizzi and Piero Del Negro, and other members of the Jury. The meeting will be chaired by Gherardo Ortalli, the director of Ludica and Chairman of the Jury.

The Fondazione Benetton has launched two annual awards of 3,000 Euros each for young scholars for unpublished essays on games, festive events, sports and leisure activities in general up to the outbreak of World War II 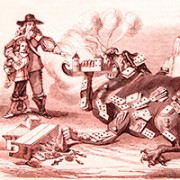 The luck of the draw: the history of games of chance