The volume contains contributions by Anna Lovisetto, Domenico Luciani, Joan Nogué, Massimo Rossi, as well as the editor of the book, Simonetta Zanon.

With the aim of experimenting the principles of the European Landscape Convention, founded on the needs of educating and raising the awareness of citizens, the Fondazione Benetton Studi Ricerche invited citizens to identify landscapes and places in the Province of Treviso and thus to participate in a collective research project through which to express, about this topic, their own opinions, aspirations and desires.

The 749 nominations, collected in the six annual editions of the Outstanding Places project (2007-2012), recount the point of view of the single individuals and communities who live in the places nominated, with their various social and cultural backgrounds, daily needs, feelings and experiences of life. Hundreds of citizens, scores of public administrators, schools, associations, experts and scholars, contributed to the project, which has grown in scale over the years and aroused the interest of the international scientific community.

The contents of the nominations transcend the initiative’s narrow geographical scope. They constitute an extraordinary key to tackling wider questions of more universal dimension, beginning with that of the person/place and community/place relationship which, in various ways, has increasingly come to the fore as the essential ingredient of what Domenico Luciani, inventor of the project, has called “our own position in the world”.

As Joan Nogué writes in his Preface to the book, “Slowly and unobtrusively the idea is beginning to gain ground that a pleasant, harmonious environment creates an agreeable sense of wellbeing and considerably enhances people’s quality life […] It is on the move, on people’s lips: all that is needed is to listen to it, question it, give it voice, as in this case”.

There exist places that, in different degrees, are essential for our peacefulness, because they create a kind of link, a point of contact and interaction between global phenomena and the individual experience. Through places we give significance to the world and we move in it; or, to quote the words of Ippolito Pizzetti, it is precisely a place that “helps me to seek my access to the world”.

“Outstanding places” in the Province of Treviso as nominated by citizens of the area, 185

Anna Lovisetto, An analysis of the nominations, 232

Domenico Luciani, Interim notes on the relationship between place and people, 252

Massimo Rossi, For a geography of “outstanding places”, 261

Statements of the Jury of the Carlo Scarpa Prize, 276

Simonetta Zanon has worked at the Fondazione Benetton Studi Ricerche since 1992 as supervisor of the Foundation’s projects and research on landscape. She has participated in conferences and seminars, in Italy and abroad; given numerous lectures in various universities; and published various contributions, mainly on historic gardens and on the Outstanding Places research project itself. She is part of the editorial board of the review Architettura del Paesaggio. 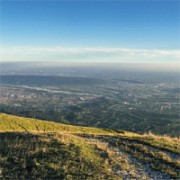 Outstanding places, many years of research, a book