The Scientific Committee of the Fondazione Benetton Studi Ricerche has unanimously decided to award the 32nd International Carlo Scarpa Prize for Gardens to the Natur Park Schöneberger Südgelände in Berlin, a large park situated in the south-east of the Schöneberg district.

The park, formerly a vast railyard, is the result of many years of abandonment and its later acknowledgement as a shining example of ‘Berlin’s urban nature,’ a crossroads where the aspirations of the local residents, the contemporary landscape culture and the manifestation of a profound ecological awareness for the city all came together. Today the area has become a large public space and has thus been instrumental in redefining the concept of an inner-city park. Its abandoned railway structures, vast expanses of vegetation, which have for the most part been left to grow wild, and art installations which make a visit to the park even more enjoyable, emphasise the dialogue between signs of human presence and ever-evolving nature.

The Natur Park Südgelände, which is 1.7 kilometres long, is just one in a series of public parks which stretch from north to south of the city, created from a constellation of ‘empty’ spaces which were brought together to form a whole landscape. The park is a ‘piece of urban nature’ and an open laboratory where ecological experiments meet different social needs and new methods for tending and maintaining urban space are put into practice.

The history of the Natur Park Schöneberger Südgelände is inextricably linked with that of the city of Berlin in the years after the war, an isolated, divided city where the railways and industry had ground to a halt, the lines had gradually been decommissioned, the facilities abandoned, allowing nature to claim back the land for itself. Later, plans for future infrastructures led to the proposal to build a new freight station to the south of the city in Südgelände. However, in 1980, there was a change of heart, as an ecological conscience began to emerge and thus the realisation of the importance of this site, both for its naturalistic value and its social potential in the everyday lives of the city’s residents.

The area was entrusted entirely to the Berlin Senate and managed, since 1986, by Grün Berlin, signalling the beginning of a great experimental ‘worksite’ and the intervention of ecologists, environmental associations, residents, the landscape planning studios Planland and ÖkoCon and the group of artists Odious, who were working on site. In an immersive condition, surrounded by the invasive presence of nature and the ‘ruins’ of an abandoned landscape, all those involved developed a modus operandi, resulting in the living experience of the Natur Park Schöneberger Südgelände, which was symbolically opened to the public in 1999. 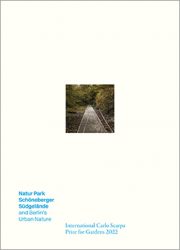 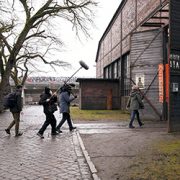 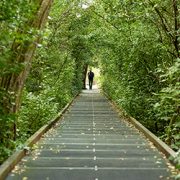 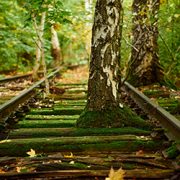