The Scientific Committee of the Fondazione Benetton Studi Ricerche has decided to dedicate the 2018 International Carlo Scarpa Prize for Gardens to one of the most evocative and historically significant sites in the whole of Ireland if not Europe: the Céide Fields site (literally “fields of the flat-topped hill”) near Ballycastle, a small village on the northern coast of County Mayo.

The soaring Céide Cliffs keep this ancient world safe from the buffeting waves of the Atlantic. On the eve of history, before the pyramids were built in Egypt, this heavily forested area was settled by a community that created a complex system of cultivated fields enclosed by stone walls and with adjoining villages.

5.500 years ago, an orderly peaceful community mainly made up of farmers flourished in this area, collectively deforesting the land, dividing it up, and creating a system of regular fields surrounded by low stone walls. They were stock-breeders as well as skilful boatbuilders who could work wood as well as stone. Their society had well-defined mystical and spiritual beliefs, consigning their deceased to the earth and burying them in well-protected tombs.

The prosperity and decline of this vast territory were linked to a seemingly insignificant climate change: a drop of only two degrees was all that it took to transform the world of the Céide Fields.

Although deforestation freed up fertile land for farming, ensuring prosperity for lengthy periods, in the long term it brought death. The exposed soils, no longer protected by the tree canopy, were leached by the rains, becoming acid and infertile. A magnificent natural environment became an inhospitable, treacherous landscape that was gradually covered by a blanket of peat.

One of the oldest civilisations on the European continent vanished leaving virtually no evidence of its existence. Grasses, marsh plants, heather, mosses and lichens wiped out every trace of an area that had been flourishing and prosperous. The underlying site disappeared under a vast blanket of peat.

In the 1930s, the local schoolteacher, Patrick Caulfield, was cutting peat in the bog when his spade struck rocks beneath the turf. They appeared to be perfectly aligned suggesting that these were not random finds. Using iron rods to probe the ground he was able to identify the location of stone walls and other remains. It was not until forty years later, in the 1970s, that his hunch was borne out, when excavations carried out by his son – still on-going today – resulted in one of the most surprising archaeological discoveries of the century: a vast system of fields, dwellings and chamber tombs covered by layers of peat and preserved for many thousands of years .

The Céide Fields site comprises a Neolithic agrarian landscape with an extraordinarily geometric pattern of human-made structures that can be seen and experienced thanks to the Céide Fields Interpretive Centre run by archaeologist Gretta Byrne on behalf of the OPW (The Office of Public Works). Gretta Byrne and her teacher, the archaeologist Séamas Caulfield, the son of the schoolmaster who originally discovered the site, represent the tangible sign of a dedication and responsible ‘care  of place’ going well beyond specific remit of an archaeologist to embrace the links between finds, the ancient economy of stock-breeding and good practices in the tourism sector. Above all, like so many of the sites studied in the context of the Carlo Scarpa prize, this is another example of the relationship that has developed between people and an “extreme” place in the far corner of an island on the edge of continent that is at the centre of our planet’s age-old history. 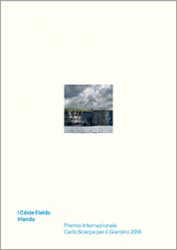 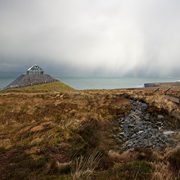 directed by Davide Gambino in collaboration with Gabriele Gismondi 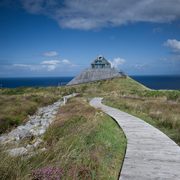 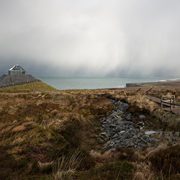 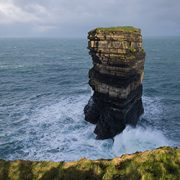 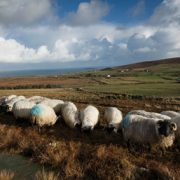 Cultural initiative with the sponsorship of: