The Scientific Committee of Fondazione Benetton Studi Ricerche has decided to dedicate the thirty-first edition of the International Carlo Scarpa Prize for Gardens to a site in Asia Minor that emerged out of the complex history and geography of Cappadocia: two adjoining valleys carved out of the volcanic rock known as the Rose and Red Valleys, Güllüdere and Kızılçukur in Turkish.

Cappadocia lies in the heart of the Anatolian peninsula, a bridge for the different cultures between Asia and Europe, between the Mediterranean and Black Sea. It consists of a series of plateaus over 1,000 metres in altitude surrounded by volcanic peaks, with an arid land carved by wind and water, and a difficult climate. All of these factors have shaped the natural landscape of a region that saw the arrival of early Christianity and the Fathers of the Church in the first centuries onwards, followed by the diffusion of the Byzantine culture with its countless eremitic and monastic settlements, churches and sanctuaries, thus giving rise to one of the leading Christian communities of the first millennium. This community produced a series of spaces decorated with stunning cycles of paintings, sacred buildings and constructions scattered throughout a vast territory. From the 13th century onwards, as the Byzantine presence declined, these buildings were turned into stables, rural dwellings and cisterns, and into a multitude of dovecotes providing farmers with the guano necessary to fertilize their fields.

The two valleys emerging from this context reveal the extent and profound value of a landscapein which forms of human settlement and the sensational geology of the landconserve the traces of an ancient culture of living based extensively on rock-cut dwellings in an equilibrium between different manifestations of the nature and the cultures succeeding each other here over the centuries.

This is a context of rapid changes, abandonment of traditional landscapes, emergence of new uses and forms of settlement connected to mass tourism, and an overall rise in studies and discoveries linked to this vast historical heritage. And it is in this context that we find an Italian team working towards the recovery of the precious painting cycles contained in these rock-cut churches. In the process, they have not only established significant human and cultural relationships but also contributed to restoring the legibility and value of an entire landscape. Their work embodies the value of citizenship, the sense of belonging and care for a place that crosses national boundaries.

For these reasons, the Scientific Committee of Fondazione Benetton Studi Ricerche decided to award the “seal” designed by Carlo Scarpa, symbol of the thirty-first edition of the Prize, to the art historian Maria Andaloro, creator and director of the Cappadocian Mission of the Tuscia University, whose work combines the development and continuous transmission of care and knowledge with a growing focus on the landscape in terms of a sense of belonging and of responsibility. 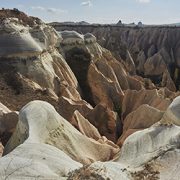 Cappadocia. The landscape in the depths of the rock 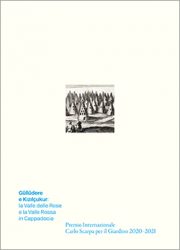 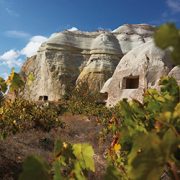 This thirty-first edition will have a “biennial” timeline – 2020-2021 – in response to the restrictions imposed by the current health emergency. As a result of this reorganization, the public encounters will be held from the penultimate weekend of October 2020 until May 2021, using this as an opportunity to offer a number of occasions promoting knowledge.