Gardens are open works, by nature fragile and subject to constant change since they are alive; they represent the cultural and social backgrounds, the fashions and the different ideas of nature that underlie their conception and construction. Somehow the Garden Exhibitions make it seem possible to stop time, to fix an image, to return to a past with the adeptness to replicate that period, which in actual fact is impossible. There have been many varied attempts to “frame” and put on show a world that remains elusive and in constant development. Just think of the different “types” of garden that belong exclusively to the dominant geography, exhibited in Florence in 1931 with the obvious political objective to revive the splendours of the “Italian garden”, or the “true” thematic gardens set up for the great international exhibitions, or – lastly – the more recent visions, which have presented the garden as the ideal place where nature, art and science, ethics, aesthetics and social sharing meet.

This is the starting point for Naturale inclinazione 2022, with a presentation in the first session of the results of the research For a garden curatorial project. A reflection follows with a reversal of the gaze from the garden exhibitions to what the gardens show and can inspire, in their condition suspended between being the privileged place of an individual human adventure and the microcosm which refers to and exists in a planetary dimension, and which reveals the stupefying biological mechanisms of the planet and the connections between living beings while at the same time highlighting the unstoppable crisis.

Some gardens that are emblematic of this tension are included in the programme: the garden of Prospect Cottage in Dungeness, located on the grey shingle shore between the sea and the nuclear power station, lovingly created by the film director Derek Jarman in his last few months of life, whose stunning beauty inspired the compositions on the album I Should Have Been a Gardener; the garden of Compton House (actually Groombridge Place in Kent), where a decadent and at times outrageous aristocracy comes and goes and whose murky plots are revealed by the garden itself in a fascinating exchange between reality and representation (The Draughtsman’s Contract); and lastly, the invisible gardens, which «may not have paths or paving but just plants, animals, insects, ideas and more plants». (SZ)

Naturale inclinazione is an initiative of Fondazione Benetton, by Simonetta Zanon. 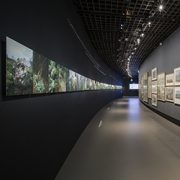 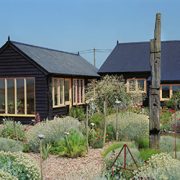 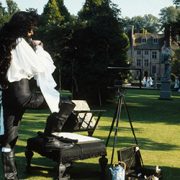 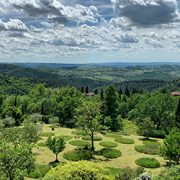