The Jardín de Cactus in Lanzarote – the place selected by the Foundation’s scientific committee for the research, publications, documentary film and lectures of the 2017 International Carlo Scarpa Garden Prize – is back in the public spotlight in October on its own island, with a calendar of scientific and cultural events scheduled from 4 to 7 October. The events will focus on the Jardín de Cactus laid outby César Manrique (1919-1992) in the Guatiza quarry, which has been open to the public since 1990, but not only, also taking in the other Centros de Arte, Turismo y Cultura managed by the Cabildo of Lanzarote and, in general, as well as dealing with the wider issue of the project’s connection to the island’s landscape.

On the same day, also in the island’s capital, the documentary exhibition of the 2017 Carlo Scarpa Prize will be inaugurated at 6pm, also curated by Patrizia Boschiero, Luigi Latiniand Juan Manuel Palerm Salazar, with a new layout and graphics by Anna Costa, photographs by Andrea Rizza Goldstein, at La Casa Amarilla Cabildo Viejo of Lanzarote, during which there will also be the screening of the documentary film made by the Foundation, directed by Ziyah Gafić.

This will be followed at 7pm by a public meeting at the Luis Buñuel cinema of Centro de Innovación Cultural–CIC El Almacén, with addresses by Luigi Latini, Lázaro Sánchez Pinto and Juan Manuel Palerm Salazar.

The Foundation’s director Marco Tamaro will be attending, together with Patrizia Boschiero and Luigi Latini. 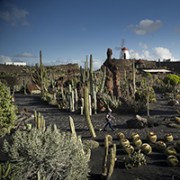 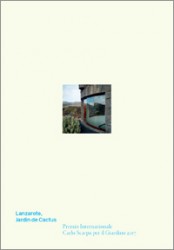