This issue is the result of the editorial cooperation between the magazine, namely its director Biancamaria Bruno, and the Foundation, in particular Patrizia Boschiero (publishing head), Domenico Luciani and Marco Tamaro, and developed along the fertile and fruitful road towards the 23rd edition of the International Carlo Scarpa Garden Prize 2012, for Bosco di Sant’Antonio.

This small forest which has been an environmental, political, economic, cultural and sentimental landmark for the community of Pescocostanzo, in Abruzzo for centuries, has inspired and continues to inspire great passions and extraordinary battles for its care. It has also inspired this collective work of “Lettera Internazionale” 113, where many and diverse viewpoints tackle the topic of the forest which, on the border between nature and culture, cannot survive without man while man cannot survive without it. A great metaphor, posing a series of crucial issues: Biodiversity and Common Assets and their management, with the awareness that in order to safeguard himself, mankind must safeguard nature and rebuild a shared horizon, an archipelago of communities engaged in dialogue – between humans, plants and animals. A political choice, which means recognising in the other – human, animal or plant –, paraphrasing Wilhelm von Humboldt, the “foreign from oneself” and not the “stranger”, because the foreigner elicits curiosity and sympathy, a stranger elicits fear and estranges.

Since the old juxtaposition between Nature and Culture has become meaningless, we must realise that the only real chance we have, as inhabitants of this planet, is to build a serious “anthropology of nature.” This is not an oxymoron, but a provocative way of saying that it is necessary to establish a new alliance between nature and culture, because at this point we can only view nature as an element of culture.

For a new anthropology of nature?, Jean-Marc Besse

A road in the forest. For a measure of place and community, Domenico Luciani

Dialogues on trees, Joseph Beuys in conversation with Bernhard Blume and Rainer Rappman

Light to Silence, Silence to Light, Louis I. Kahn

The City Bill and the Country Bill , George Blecher

The magic and spirit of the wood, Carmen Añón

The wood was still there, José Tito Rojo

The trees of a life. Small story of a big battle, Immacolata Rainaldi

Between wood and garden, Mariella Zoppi

Of the praiseworthy art of planting trees, Bernard Palissy

Art is revealed in the wood, Aldo Iori 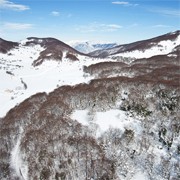