A day dedicated to rugby and its relationship with Veneto and Treviso.

The lively soul of the Foundation’s Ludica and sports activities of the world of Benetton will come together with a study meeting in the morning, followed by an afternoon meeting organised after the debut match at the Monigo stadium in Treviso, in the Heineken cup, between Benetton Rugby and Northampton Saints.

Thanks to the generous collaboration of Jolefilm, a few clips from the work of Marco Paolini dedicated to the Tarvisium company will be screened, followed by a moment of confrontation between various players from the sports world and the Treviso economy. This event will be moderated by journalist Andrea Passerini.

Opening of the work by Marco Tamaro, Director of the Foundation;

Nicola Sbetti, University of Bologna: Rugby in an international context: between sports and politics;

Luciano Ravagnani, journalist and historian of rugby, and Gianluca Barca, Director of the magazine “Allrugby”: Evolution of Venetian, Italian and global rugby;

Public discussions and conclusion with the Gaetano Cozzi Award for essays on the history of games 2019 to the scholars Andrea Baldan and Naomi Lebens.

After the game and afternoon opening by Andrea Rinaldo.

Screening of clips from the documentary by Marco Paolini, Who won? Un viaggio nel rugby [A journey into rugby] (2008, directed by Enrico Lando, produced by Francesco Bonsembiante and Michela Signori for Jolefilm, in collaboration with Neonetwork).

Round table coordinated by Andrea Passerini. 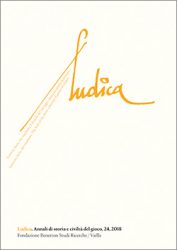 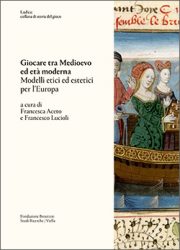