Fondazione Benetton Studi Ricerche is hosting, at the auditorium of spazi Bomben in Treviso, a public lecture by Georges Descombes, Swiss landscape architect of international renown, author of important works such as the Lancy Park, la Voie Suisse, the re-naturalisation project of the Aire river in Geneva.

His works include the Lancy Park, la Voie Suisse, the Bijlmer Memorial in Amsterdam, Parc de la Cour du Maroc in Paris. He is currently working on the re-naturalisation project of the Aire river in Geneva, on the Lyon-Confluence project and the Green Belt of Ostend in Belgium. The Aire river project won the 2012 Schulthess Garden Prize (Switzerland) and the award as Best Swiss landscape architecture project in 2015. Georges Descombes was “David Skinner Lecturer” at the Edinburgh School of Landscape Architecture. He is “John R. Bracken Fellow in Landscape Architecture” at the State University of Pennsylvania. In 2012 he was “Regents lecturer” at the University of California, Berkeley. In 2015 he was awarded the city of Geneva’s culture Prize.

The event will be held during the international design workshop dedicated to Prato della Fiera of Treviso, organised by the Foundation from Monday 13 to Sunday 19 June, with the participation of Descombes as professor, along with Anna Lambertini, University of Florence, and Luigi Latini, Iuav University of Venice (coordinator). 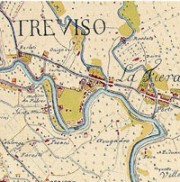 Prato della Fiera. Treviso, the Sile River and the landscape of a large public space