The exhibition amply illustrated the one hundred and twenty “outstanding places” that the citizens of the province of Treviso reported to the Foundation, responding to the call for submissions launched for the fourth year in a row in December 2009 and open until last 3rd May.

The sites were presented to the public through the same materials used by the “responders” to report and describe them. It was therefore possible to view all the sheets sent to the Foundation and the various multimedia annexes (texts, photos, maps, videos, publications).

These documents were supplemented with other ones, curated by the Foundation, to help the public take in the whole set of reports, and to provide detailed information on some of the reported sites, which were deemed representative of the issues that are believed to be particularly significant and recurring in the reports, especially referring to the aims of the analysis of the relationship between person and place and between community and place, and of raising the awareness of citizens in relation to these types of topics.

The exhibition also provided space for other initiatives that developed spontaneously, inspired by the Outstanding places project and sharing its aims and contents, but were organised through other methods of collecting information from citizens and disseminating their responses.

Lastly, the exhibition presented the computerised data base of all the “outstanding places” reported over four editions and made it available for referencing, thereby representing the first tangible step towards the auspicious creation of an “open archive of outstanding places”.

Over 2,000 visitors were recorded in the 65 opening days (32/day on average), confirming the public’s continuing interest in this initiative, with active participation that can also be measured through the over 1300 responses to the request to vote on the reported sites, often providing other useful and relevant remarks.

The public’s favourite “outstanding places” of the fourth edition are the Caglieron caves of Fregona, the Pradella Forge Hammer of Pieve di Soligo, the San Liberale Shrine in Cison di Valmarino, the Motta Spinnery of Campocroce di Mogliano Veneto and the Lame Washhouse of Revine Lago.

As usual, the Jury of the International Carlo Scarpa Garden Prize, which controls the scientific and cultural guidelines of the initiative, expressed its observations on the fourth edition and on the project’s future. 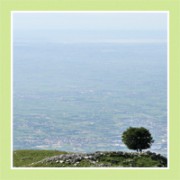 The nominations for the fourth edition of Outstanding places were accepted until Monday, May 3 2010.

The request made by the Foundation to citizens, students, teachers,…