The Scientific Committee of the Fondazione Benetton Studi Ricerche has decided unanimously to dedicate the twenty-sixth International Carlo Scarpa Prize for Gardens to Maredolce-La Favara, a site in the heart of the Brancaccio district of Palermo that conserves the memory and tangible evidence of what landscape represented to the Arab and Norman civilisation in Sicily, in the wider context of the area that would later become known as the “Conca d’Oro”, and which, in the course of recent transformations, has seen its distinctive character become obscured, if not lost altogether.

Maredolce-La Favara is today a vast depression in the ground, what in the past was a huge lake, with a still recognisable, irregularly shaped island at its centre and a magnificent palace standing between the edge of this concavity and the ranks of houses that over time have been built around its perimeter to the north-west; within the island, in an area covering about twenty-five hectares, lies a complex system of structures, hydraulic devices and an enormous citrus grove, telling signs of the great cultivated space it was from its origins.

The place stood guard over Palermo, intercepting anyone who came in from the sea or by land from the Tyrrhenian coast, and was an area of first-rate agricultural land after the water that sprang from the foot of a mountain was harnessed and channelled here. The area was settled by the Romans, and then by the Arabs and the Normans; it acquired the name Favara in the x century, an Arab word that means an abundance of spring water; and then from the xiv century it became Maredolce, in celebration of the extraordinary lake that was so large that it bore comparison with the nearby sea. Over time the confusion of springs and marshes was transformed into the organic order typical of cultivated land using irrigation techniques that combine the ancient hydraulic expertise of the Romans with the innovations introduced by the Arab agricultural revolution. Gardens full of palms and citrus trees, extensive plantations of sugar cane, vineyards and olive groves all watered from a huge reservoir, with an island at its centre, whose wonders were celebrated by poets and travellers, both Arab and Norman. Roger II, the king who transformed the site, referred to the place as hissollazzo, which connoted not only the pleasure he derived from its gardens, the water and hunting but also the experience the place offered as a meeting point of different cultures – Byzantine, Arab and Norman – in its architecture, lifestyles and landscape, and in the exchange of ideas with the scholars and thinkers of the age. All this in Palermo, in the great island at the centre of the Mediterranean, a confluence of the biological and cultural diversities of three continents.

For these reasons, Maredolce-La Favara and the long process that has led to what we see today, bear witness to the importance of cultivating landscape and the urgent need to recognize its role in our day: in relation not only to the historical evidence embodied in its buildings and its configuration but also to the presence of the great open space of its garden, which together with the stones, the water and the artifices of man expresses the importance of care and responsible stewardship on the part of institutions and of the community which here feels a sense of belonging to a violated landscape.

Text taken from the 2015 Carlo Scarpa Prize Statement, edited by the Scientific Committee of the Foundation. 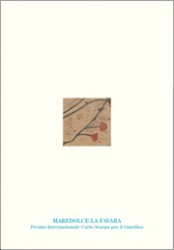 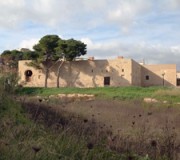