The ancient custom of decorating the facades of buildings has characterized Treviso for so long that it has come to be known as “urbs picta”. The Fondazione Benetton Studi Ricerche began studying this phenomenon in 2011, leading to the creation of a database that holds all the information collected on extant and previously existing buildings, by way of on-site inspections, bibliographic and archive research and an accurate photographic campaign (carried out by Arcangelo Piai and Corrado Piccoli commissioned by the Foundation) on the painted testimonies within the city walls. The connection between the information acquired by research and the current and historic maps allows the system to be searched and various, interesting “thematic maps” obtained.

This systematic work has allowed a range of reflections to be developed, recounted in the book entitled Treviso urbs picta, which opens with an essay by Lionello Puppi, a geographically and historically broad look at the subject, followed by that of Andrea Bellieni, which outlines the relationship between the frescoed facades and the town-planning and architectural evolution of the city. These are followed by three other essays: the first by Chiara Voltarel, which dwells on artists and the types and themes of the decorations; the second by Rossella Riscica, which looks at the questions of the deterioration of the Treviso frescoed facades and the conservation works on them; the third an excursus by Massimo Rossi on the printed guides to Treviso in relation to the painted buildings. Finally, before Eugenio Manzato’s afterword, there are some closer looks at artistic-historic subjects and the techniques of wall paintings. The essays are accompanied by extensive photographic illustrations, largely unpublished, and thematic study maps related to the database.

Lionello Puppi, “Urbs picta”: some meek instructions for use;

Andrea Bellieni, Treviso, from the medieval towards the modern: urban evolution and architecture between the 15th and 18th centuries;

Massimo Rossi, Historic geography of Treviso’s urbs picta. From the city guides to the map of the painted buildings;

Chiara Voltarel, From the first decorations with friezes to the modular motifs of the “fabrics”;

Rossella Riscica, Plaster, fresco and wall decorations: some notes on the techniques;

Treviso urbs picta: from the project to the publication of a study, by Patrizia Boschiero. 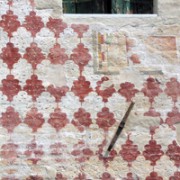 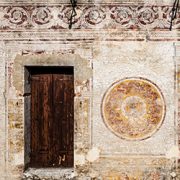 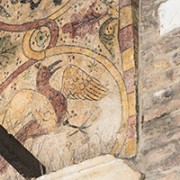 Publishing coordination, editing and graphics by the publications office of the Fondazione Benetton Studi Ricerche.