Ippolito Pizzetti. Educate while storytelling: of theatre, of landscape - FBSR Skip to content

Everybody is entitled to modifying the horizon of the landscape.

After obtaining a degree in literature with Natalino Sapegno, Ippolito Pizzetti engaged in an exchange from his personal biography, which educated him from a very early age with music, readings and chance encounters: Wagner, Goethe and Pavese, hunting and fishing in the woods and rivers, certainly a fairy and perhaps a platypus.

This dimension, as imaginary as real, became a mission for Pizzetti starting from the 70s, when he started working as a landscape designer in our country, which is still grappling with the meaning of this profession today. Already from the very start, however, he constantly put forth a tight dialogue on a matter that is too complex to be simplified in sectoral specialisations.

A self-taught pioneer, Pizzetti came to landscape following his natural inclination: family formation of music, theatre and German language, cultural evolution of essayist and literate, work beginnings as translator and critic. In this steadily approaching path, Pizzetti always experimented with new communication levers, of which popularisation certainly was the most effective mechanism, cut out of his own pattern: the first columns on gardening, the publishing series, the continuous research – at universities and Fondazione Benetton – with which he entertained mutual and significant exchanges.

The research to outline Pizzetti’s role started from these intertwined activities. An outstanding personality that engaged with three cultural centuries, generously upturned the horizons of assessment and contributed to weaving the uninterrupted weft of engaged Italian landscape design.

The documents presented are a reasoned synthesis and a work in progress of all that has been acquired, rediscovered and collected during the scholarship at the Foundation from December 1, 2015 to May 31, 2016

All materials may be viewed at the Foundation’s Archive.

Selection of materials from the research

The collaboration of Ippolito Pizzetti with «l'Espresso»: 1974-1984

In the underbrush of Ippolito Pizzetti: natural genius 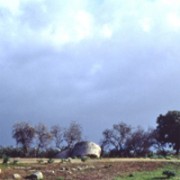 Sacredness and the nature of places

description of the collection 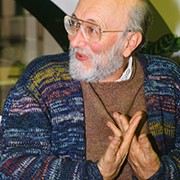