The Scientific Committee of Fondazione Benetton Studi Ricerche has unanimously decided to dedicate the thirtieth edition of the International Carlo Scarpa Prize for Gardens (2019) to the “tea gardens of Dazhangshan” situated in Wuyuan County in the north-east of Jiangxi Province, in south China.

The local tea estates are located on the rolling foothills of Mount Dazhang: undulating plantations with distinctive tidy rows of hedges bounded by the forests above and by the rice paddies in the valleys below.

The tea plant (Camellia sinensis) – which originates in this corner of China – has shaped the local contemporary landscape that reflects history, projecting into the future the value of a rural environment where humans have established a harmonious relationship with nature.

Today the farms of Dazhangshan have joined up as an association to regulate production, maintaining important links between the many farming families and this rural area, taking care and responsibility for a land that expresses a sense of beauty and equilibrium between nature and human culture when cultivated in this way.

The Dazhangshan cultivations lie in the heart of a region described as China’s “golden triangle” of green tea production whose ancient history is documented in The Classic of Tea by Lu Yu (703-804), which speaks of the tea grown in the “mountain valleys of Wuyuan”.

In 2001, motivated by the unique qualities of the local product, a group of tea growers from the rural county of Wuyuan, which has a population of about 340,000, decided to join together to form an association named after the area where the plantations are situated: Dazhangshan. There are currently a dozen or so farms run by around two hundred and fifty farming families and workers. The farms extend over a total area of around 140,000 mu (approximately 9,300 hectares), of which 7,938 mu (529 hectares) are planted with tea grown according to the principles of organic farming.

The landscape has acquired its unique appearance through a combination of ceaseless human care and the current farming systems in use that have consolidated its profound links to ancient cultural traditions and resulted in compliance with the exacting standards of organic farming. In 2001, the Dazhangshan Organic Tea Farmer Association became Fair Trade Certified (FLO International) thanks to its constitution and farming practices, and to the “Law on the self-government of the rural population of the People’s Republic of China”. 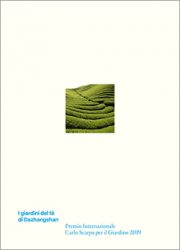 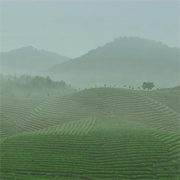 Directed by Davide Gambino in collaboration with Gabriele Gismondi 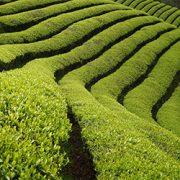 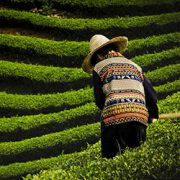 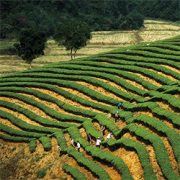 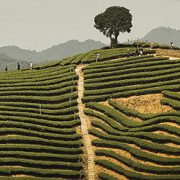 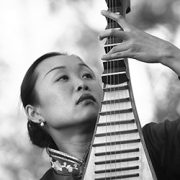