Ever since 1987, when Fondazione Benetton embarked on its great cultural adventure, among the areas decided upon also appeared a history of games in its broadest sense. A far from easy path was being taken. Dealing with “games” might have seemed unbefitting for an institution that sought to operate at high levels of research. In essence it was decided to implement the best methods to deal with a topic deemed irrelevant though not totally unrelated to the milieus of official culture.  The path being taken was regarded disapprovingly, in the mistaken belief that this realm was not “serious” enough, and of little import.

However, the underlying belief was that games also play an important role in social life, whose strong repercussions are felt not only in daily life but on historical events as well, and are therefore worthy of attention, despite having been hitherto shunned. Therefore, it was necessary to transcend traditional conventions, restoring in its importance “the seriousness of games”. The fundamental choice was all the more significant in that it was linked to an organisation such as the Benetton group, which devoted extraordinary attention to leisure in its various dimensions. In essence, a number of reasons led to an undoubtedly difficult yet highly challenging decision.

It was a genuine gamble. However, moves were made without fear, entering the field of academic culture right away by promoting annual scholarships for the best undergraduate theses discussed in Italian universities on the topic of the history of games. The outcome was immediately positive and the numbers bear this out, since as at 2015 about 600 theses had been submitted, and discussed in as many as 52 different universities.

That first step paved the way to developments to be embodied in a series of books, with twelve volumes published so far since 1993. At the same time the foundations were laid for “Ludica”: a magazine that today is an international scientific landmark for studies in the field and in its 20 issues (since 1995) has been able to count on the collaboration of 200 authors from 52 countries.

The clearest sign of the success of the initial project was in any case the coining of the term/concept “ludicity”, which the Foundation put forth from the start, without thinking it was putting forth a wholly innovative thing. Then it was understood that the term was non-existent. Nevertheless, it served the purpose well of allowing the unity of a “ludic system” to be restored, that is that complex of activities and attitudes which express an aggregate of innate impulses aimed at relaxation and stress relief – natural fellows to toil and effort.

As evidence of how the original cultural options have worked, suffice to say how that term/concept “ludicity” not only is recorded today among existing neologisms but has seeped from Italian “ludicità” into other languages, from the Portuguese ludicidade to the Spanish ludicidad, French ludicité: proof that the original choices were far from wrong. 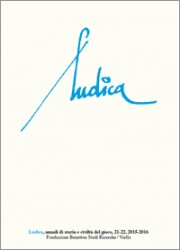 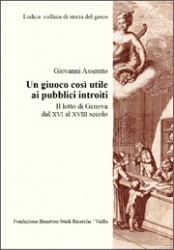 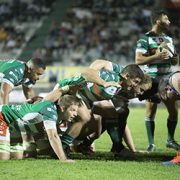 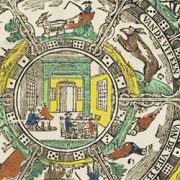 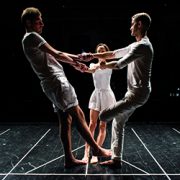